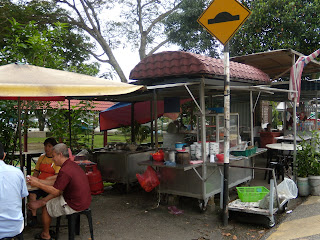 When hubby didn't get enough siew yoke down his gullet during our first visit to Mooi Mooi Kopitiam, we stopped by this stall which was on the opposite side of the same playground that faces Mooi Mooi Kopitiam. 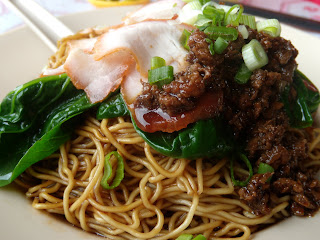 Hubby ate the char siew wantan mee with minced pork, which looked pretty good. The char siew was sliced paper thin though, but the noodles were really lardy in taste (which, to hubby, is a good thing). Yum yum!
Hubby rated it a 3-bam.